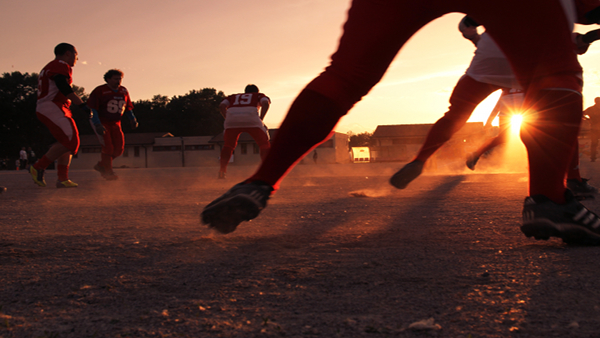 Imagine the following scenario. India is playing in the cricket world cup and has a key match with England coming up tomorrow. The night before the game, half of the Indian team gets a bad case of the flu and are barely able to get out of bed, let alone to play a world cup level cricket match. In order to be able to able to continue with England the following day, the Indian team needs to add three new players to its team even after substitute players are accounted for. Let us assume further that, due to a strange twist in the plot, the Indian team has to choose overseas players from Canada. In addition, they have never seen the overseas players in action. All they know about them is what is included in their CVs. One thousand Canadians applied for the position to replace the Indian players.

How does the Indian team choose which Canadians will replace its bed-ridden players and provide it with a fighting chance against England?  Many of the Canadian applicants want to play for the Indian team. The Indian team would likely be concerned about various things such as the following:

1.    How can we trust that what these Canadians have put into their CVs is true?

2.    How do we really know whether these Canadians are any good?

3.    How do we know that the unknown leagues that the Canadians played in were any good and provided any type of preparation for these players to play for a cricket powerhouse like India?

4.    Since we know virtually nothing about cricket in Canada, how do we even know that these so called “cricket players” even play cricket in the same way we do?

While the above scenario is absurd when thought of within the context of World Cup Cricket, it is almost precisely the type of situation that employers face regularly when determining whether to hire overseas workers.  When a company seeks to hire someone from another country, management would likely ask themselves questions such as the following:

1.    How can we trust that what these overseas workers have put into these CVs is true?

2.    How do we really know whether these overseas workers are any good?

3.    How do we know that the companies that the overseas workers worked for were any good and provided any type of preparation for these workers to work for our company?

4.    Since we know virtually nothing about our industry within these other countries, how do we even know that these so called “professionals” even carry out their work in the same way we do?

By putting ourselves into the shoes of the Canadian employers we get a sense of the difficulties they face. What types of things would the Indian team want to see from the Canadian players in order to feel more comfortable putting them onto their cricket team? Would a CV be enough? No, it likely would not. It would be very useful to see how they actually play. This, in turn, can be shown in various ways such as, for example, by sending videos of Canadian players in action.

What about within the Canadian employer context? Just as is the case with the Indian team, it would also be useful for the Canadian company to see how the overseas professionals actually perform. There are various ways in which this can be done. A video demonstrating how a job seeker performs his or her work can be very useful in this respect. Other things that can be done include providing a work sample or a video in which you explain work that you have previously completed. Through our uniivaa job application forms at www.uniivaa.com/form you have the ability to include a video with your job application. It is also useful to focus your efforts in such a way that you are taking into account the interests of the company that you are applying to (for assistance with this see, for example, our article on furthering company interests: http://www.uniivaa.com/capitalizing-on-company-interests).

The suggestions provided are only a few examples but there are other innovative ways in which you can better engage potential employers.  In order to substantially increase the likelihood of catching an employer’s eye, it is highly beneficial to demonstrate your competencies in a tangible way.