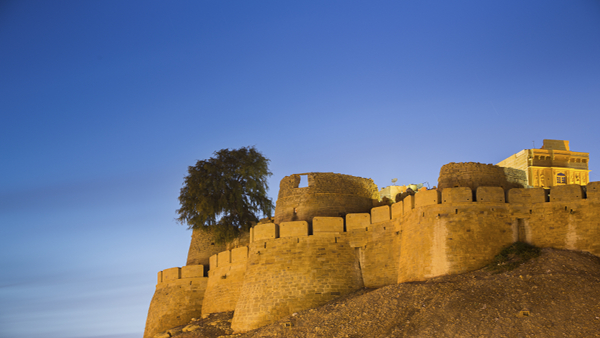 In the years 207-265 China was engaged in the War of the Three Kingdoms. During that period the famous Chinese general, Chuko Liang, was in charge of leading the forces of the Shu Kingdom.

At one point during the war, Liang dispatched his forces and remained in a small town with a limited number of his soldiers. Having done so, he exposed himself to the threat of attack. While in the small town he learned from one of his men that 150,000 troops under the command of his enemy, Sima Yi, were fast approaching the small town. Having only a few dozen men with him, Liang was massively outnumbered by Yi.

However, rather than panic Liang commanded that his soldiers take down the flags and open the city gates wide. He told his men to hide. Liang then climbed up the city wall and took up position in a proximately visible area. While wearing a Taoist robe he then began to strum his flute.

The massive army led by Yi approached the city gate. Upon reaching the wide open gate to the city Yi spotted and immediately recognized Liang. The huge army behind Yi starred at the open gates and undoubtedly were eager to enter and take over the seemingly defenseless town. However, after assessing the situation closely Yi told his vast army to retreat.

Liang had a reputation in China as being an unpredictable tactician. Yi knew well of this reputation and concluded that Liang must have been up to something or otherwise he would not have exposed himself by putting himself and the town in which he occupied in harm’s way. In the end, however, Yi was tricked into retreating as a result of his fears and perceptions and not because of any actual insurmountable obstacle.

Some of the overseas skilled professionals who we have dealt with often have perceptions about Canadian employers very much analogous to those of Yi. The perception is that these employers are difficult to reach and penetrate. The reality is that, like the gates to the small town, many of the employers are wide open to the idea of hiring workers from outside Canada.

However, in order to get onto the radar screen of these employers it is essential not to commit the same error that Yi committed. Instead of more closely assessing the situation, Yi retreated. Had Yi taken a more strategic approach and, for example, told a few of his men to scope out the situation before entering in full force, then perhaps Yi would not have fallen for Liang’s ploy. Similarly, overseas workers should do as much scoping out as possible of the Canadian employers that they are interested in applying to. In the end if you can be of benefit to an employer and help it build its business in one way or another then that employer will not care about whether you are from within or outside Canada.