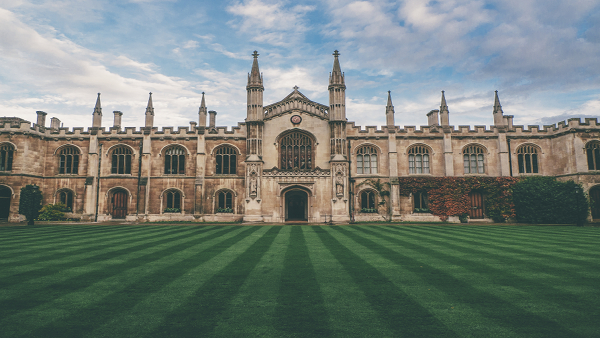 Making money in the real estate market is really an exercise in good timing.  No one can outsmart the market.  The best you can do is to recognize when to act because you are standing at right place at the right time.

In many ways, changing your life through immigration operates under the same premise.  Timing is everything.  Canada is quickly turning into the next hot immigration luxury neighbourhood.  However, you must act fast because while you can still afford to buy into this neighborhood, it won’t be long before everyone else recognizes the opportunity of a lifetime.

Recently, Bloomberg published an article describing Canada as tomorrow’s superpower.  It is a bit counter intuitive to think of a country with a population about the size of Uganda turning into an economic powerhouse like the US or China.  However, there are some clear fundamentals that might turn Canada into the next great immigration windfall for international candidates.

Similar to the last great wave of economic immigration from Europe into the United States in the early 1900’s, Canada offers five unique circumstances for international candidates that will foster opportunities unavailable to immigrants in any other part of the world.

Of course, this is primarily what Canada is famous for from an economic point of view.  Oil, natural gas, timber, potash, gold, diamonds, whatever you can think of Canada has it.  If location is everything to real estate, than natural resources are critical to fuel the immigration opportunity.  Industries come and go, but resources are stable and critical to anyone looking to invest in immigration.  In fact, Canada has an abundance of what is expected to be the most important and scarce future resource of all…fresh water.

Although they exist, one does not need to look at the dozens of global reports to recognize that Canada is a probably the most tolerant and opportunistic location for international candidates.  Recently, there has been a lot of discussion looking to cast doubt on the longstanding reputation of Canada as an internationally friendly nation.  To be fair, there has been a marked shift in Canadian immigration policy from empathy to contribution.  Canada’s new immigration policy is focused on finding candidates with skill sets that contribute to the country and economy.  If you are looking to come to Canada as a refugee or without a job and hoping to figure it out while you sponsor your elderly parents, then it is unlikely that you will be able to enter into Canada.  However, if you are a farm worker, or tradesperson, or engineer, or work in the hundreds of professions that are in short supply in Canada, then your chances of getting into Canada have never been better.

There is a strong argument that in today’s volatile world, stable government is the most valuable commodity one can look for in a country.  Canada is boring, predictable and safe.  Canada has a Charter of Rights that protects individuals from the state in a generally fair manner.  Canadian Banks are some of the most stable and safe institutions in the world.  People from all over the world buy houses and place money in Canada because they know what belongs to them will stay in their possession.  There is no safer place for an international candidate to accumulate wealth than Canada.

This is a very interesting and perhaps controversial topic of conversation.  Regardless of whether climate change is a naturally or human triggered phenomenon, if glaciers are melting and hot climates become unbearable, than Canada is perfectly positioned to become the next California!  Admittedly, this statement is a gross oversimplification of a complicated subject.  However, Canada is a huge country with a small percentage of arable land and if climate change proceeds than international candidates and entrepreneurs will be best served looking for countries with new and untapped opportunities.  Canadian cities once thought of as uninhabitable by immigrants in the Prairies and in Northern Ontario are quickly becoming comfortable and hospitable.  In a sense, climate change has turned much of Canada into new frontier lands of opportunity for international candidates.

In a world where violence, crime and fear are on the rise, Canada remains one of the few countries in the world where crime rates are on the decline.  In fact, according to Statistics Canada, crime has been falling in Canada for more than 20 years.  If safety is a precious commodity in the world of immigration, than the streets in Canada are paved of pure gold.

Immigration is a big investment and before you take the plunge it is critical to find a location that is on the upswing, has growth potential and will be much more valuable tomorrow than it is today.  In that sense, when it comes to immigration, there is no better investment than finding a job and immigrating to Canada.

Just like real estate, knowing where to start a new life and career can develop into a fantastic dream or a bad nightmare.  Immigration is a big investment and before you take the plunge it is critical to find a location that is on the upswing, has growth potential and will be much more valuable tomorrow than it is today.  In that sense, when it comes to immigration, there is no better investment than finding a job and immigrating to Canada.