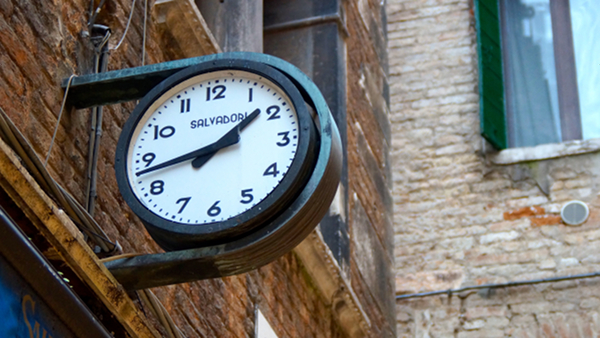 On the basis of the following information please evaluate in your mind whether the person described would make a good leader: resourceful, intelligent, strong, relentless, and calculating.

Next, on the basis of the following information about another person, please also evaluate whether the person described would make a good leader: scheming, unyielding, tough, shrewd, and inventive.

Based on a study conducted which involved a similar set of descriptive words[1], most people said that the first person described would be a good leader while the second would not. What is the difference between the two sets of words above? The words in the two lists are synonyms of one another but are presented in a different order. Despite the fact that the same types of words are used in each set, the end conclusion about whether the person described is a good leader is different in each case.

Why do the majority of people come to a different conclusion in each case? The reason is because the impression that is formed on the basis of the first few words sticks and the words that come up later in the sequence are interpreted in light of the initial impression that was formed. In the first set of words, the first three words all point towards the impression of a good leader. The two words after are somewhat ambiguous but the ambiguity is dismissed and brought under the umbrella of the initial impression.

In the second case, on the other hand, the impression that is immediately formed by the first two words is that the person described is likely a bad leader. Even though the last three words might allow us to conclude that the second person has at least some desirable leadership qualities, this fact is almost inevitably dismissed and the initial impression prevails.

So what are we to make of all this? Initial impressions count for a lot. Once an impression is formed it tends to stick around for a long time and is only dislodged when there is a heavy and prolonged dosage of evidence that disproves the initial impression. The good thing, however, as seen above, is that this same dynamic plays out for good initial impressions.  The key then is to put a big effort into creating the proper impression from the outset.

The first item, the cover letter, is the first thing that the immigration officer sees.  The same holds true in the job application context: the cover letter is the first item and is followed by the resume.  If the cover letter is sloppily prepared and, for example, contains grammar and/or spelling mistakes then the employer or immigration officer will evaluate what follows in light of the initial impression that was formed by the sloppily prepared cover letter.  So, even if your sloppily prepared cover letter is followed by an impeccable resume where you list your five degrees, 20 years of experience at top companies, and memberships in 10 different world class organizations, all of that will likely be diminished significantly by what came first. So, to get the most bang out of the effort and time you devote towards your job and immigration applications, make sure to get off onto the right foot from the get-go.