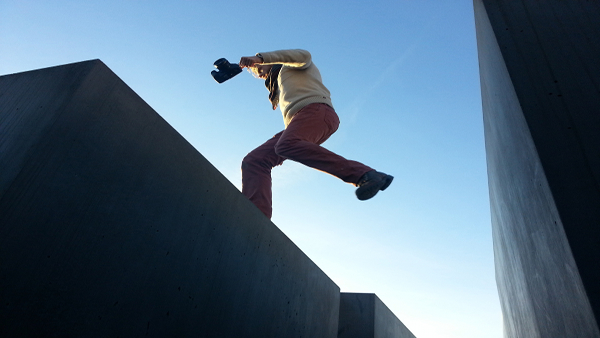 In the last decade or so Toronto has been a leader in the development of “green” roofs. Green roofs are composed of various types of plants which are kept as gardens on the roof tops of buildings. There are numerous environmental benefits to having such roofs. Within a large urban area such as Toronto, there arise numerous environmental concerns such as sewer overflows, air pollution, smog, and heat build-up. Most of these problems arise as a result of the lack of green spaces and impervious surfaces. Green roofs reduce these problems by retaining storm water runoff, improving air quality, lowering building energy use, enhancing biodiversity, and creating more visually appealing cityscapes.

What does this have to do with a job in Canada?

Well, there is one additional unmentioned benefit of a green roof. When you are standing at the top of a building on a green roof you feel more relaxed and, most importantly, your vantage point allows for a broader view and you see everything below you when looking down. If you are standing on a green roof in downtown Toronto during the morning rush hour on a typical Monday, what specifically would you likely see? You would see many people walking quickly (and some running) towards their various destinations. The vast majority of these people are completely oblivious to their surroundings including to the other people around them. They are fixated on their own small slivers of reality and getting to their destinations.

Some of these people are heading towards job interviews. Others are going to work. Still others are taking care of some business. Each person sees only what he or she is preoccupied with. They tend not to see beyond the usual path that they are so fixated on. As a green roof observer, however, you can see all these various people and realize that there are so many different paths that can be travelled. If one specific path to, for example, a job interview, does not work out as planned then there are many more other paths that others take and that you can also pursue.

Becoming fixated on a single path is risky, especially if the path is a well-travelled one. Well-travelled paths tend to attract many others who you are competing against and,therefore, the odds are often against you. However, if you realize that there are other possibilities then you will open new opportunities for yourself. Within the jobs in Canada context, these other possibilities include things such as: looking beyond the large cities (see, for example, our article on jobs in smaller cities), looking for work not exactly within your area of experience, getting your spouse to look for a job and then opening up additional opportunities for yourself (see our article on increasing your chances of getting into Canada using your spouse), moving to another country from which it can be easier to get into Canada, getting more resourceful when preparing your application (see, for example, our article on innovative ways to engage potential employers), among many others.

When approaching the task of getting a job in Canada, it is useful to look beyond your immediate horizon and see what other possibilities lay just beyond your field of view. Doing so often leads to unexpected and often pleasant surprises.