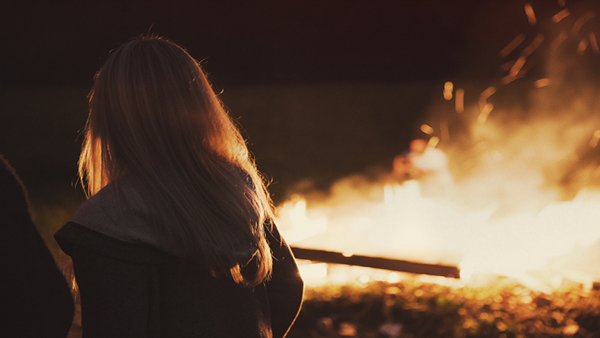 Gary Klein, a research psychologist in the United States, has been a pioneer in the field of decision making. He describes one of the situations in which he studied the decision-making habits of firefighters.

Suddenly one of the firefighters yelled out that everyone had to vacate the building immediately. They did so. Very shortly after scrambling from the building, the floor on which the firefighters were standing collapsed. It was subsequently discovered that the fire was actually in the basement rather than on the first floor as had originally been suspected. Had they remained on the first floor, they would have fallen into the fire along with the collapsed floor and very likely would have perished by being burned alive.

What was it that caused that firefighter to realize that they needed to exit the building right away? He wasn’t sure exactly what had led him to come to that realization other than some vague sense of intuition. He just felt that something was wrong and that they really needed to get out of the building as quickly as possible. It was later concluded that the firefighter probably felt that the direction of the heat was from below and that led to the intuitive realization that the fire was below them and that they were in extreme danger.

The intuition that the firefighter was speaking about was essentially a form of subconscious recognition or identification of a situation based on past experience. The firefighter had previous experience with the dangers of being on a floor above a fire and unconsciously made a connection between these past experiences and the one he was facing. He did not have to consciously think about the situation. The realization came to him automatically and he reacted immediately without even being aware of why he was doing what he was doing.

This same dynamic is at play with experts in various fields outside of the one described above. Skilled professionals in numerous domains acquire a vast repository of experience over years of practicing their chosen field. As with the firefighter, oftentimes, however, they aren’t even completely aware of their expertise and do not become aware of it until a situation forces one small facet of that experience to come quickly to the surface.

Think about this dynamic within the CV writing context. Experts with massive amounts of experience have to condense everything that they have learned over the span of years and neatly summarize it on one or two pages. It is inevitable that a substantial majority of what they know will not be included in those one or two pages. This occurs not only because there is not nearly enough space to write out years worth of experience in one or two pages but also because these experts have most of that experience embedded deep in their minds and it lies dormant until a situation forces it to come out. The employer assessing the skills of these experts would be, therefore, hugely mislead when he reads the resume because he only gets a small glimpse into the candidate’s experience.

So is there anything that can be done in order to address this problem? Is it just an unalterable consequence of our psychology? Well, yes and no. Yes because you cannot change your psychology and therefore it is inevitable that at least part of what you’ve learned over the years will never become known to the employer or even to you if you never encounter another situation in which that experience becomes useful. No, however, because there are ways in which you can decrease the impact of this dynamic.

The starting point then is to figure out the employer’s interests by researching the company, talking to people, and doing whatever else you can to understand what the deal with that company is. As mentioned earlier, oftentimes you don’t even know what you know until a situation brings that knowledge out. So by figuring out what the employer’s situation is and immersing yourself in that situation, then, like the firefighter whose experience came to the surface in the building, you will simultaneously uncover from within yourself ways in which your experience can benefit that employer. This then is why, among other reasons, it is imperative to invest the legwork to understand the company that you are applying to.