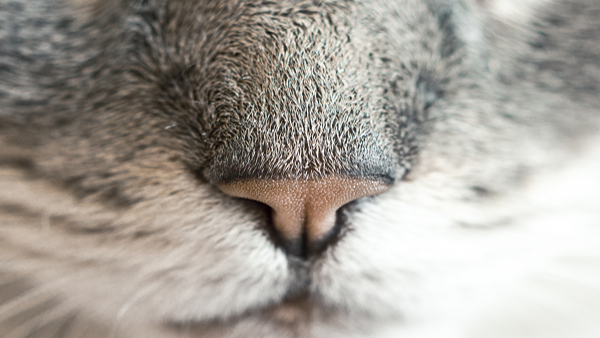 At the beginning of the 1500s in Florence, Italy, a large block of marble had been laying in the courtyard of the Opera del Duomo for about 40 years. The Opera had planned for some time to add various statutes to its Cathedral. The work, however, to sculpt these statutes was not even commenced because of the poor quality of the marble. Various sculptors refused to work on the marble believing that not much could be made out of it. In a final attempt to make good use out of the huge marble block the Opera decided to have the most famous and skilled sculptor in Italy, Michelangelo, take a look at the block and determine whether he could do something with it.

The famous sculptor took a look and agreed to transform the block into a statute of King David. Michelangelo worked diligently on the marble for three years. He kept the entire work under a large canvas in order not to give people any early glimpses into his emerging masterpiece.

Finally, when the statute was nearly completed, he invited the Gonfaloniere Pier Soderini, a powerful Italian statesman of the Republic of Florence, to come and view the progress that he made during those three years. Pier Soderini walked around the sculpture and observed it very carefully. After looking at the statute thoughtfully for some time, he said to Michelangelo that while the work was quite magnificent the nose was out of place. In Pier Soderini’s opinion the nose was too large.

Michelangelo, who was, as mentioned, the greatest Italian sculptor of the time and among the world’s greatest sculptors of all time, was undoubtedly not flattered by such a comment from a person who himself was not a sculptor but merely someone who had been able to get into the upper echelons of power in Florence. However, instead of doing what many others in his shoes might have done, Michelangelo quietly decided not to let his emotions get the better of him. The master artist adopted a bit of a different tactic.

Michelangelo walked calmly up the scaffolding to the top of the statute. He leaned down and picked up a small hammer. While picking up the hammer, he simultaneously filled his hand with a fist-full of marble dust. He picked up the dust swiftly and away from the gazing eyes of Pier Soderini. He then walked up to the nose of the statute and began to gently swing the hammer towards the nose but not hard enough to actually do anything to the marble. At the same time that he tapped on the nose with the hammer, Michelangelo gradually released into the air the dust inside his hand. In doing this Michelangelo created the appearance that he was waging a huge onslaught against David’s nose when, in fact, the nose was being left completely unaltered.

After keeping up this facade for several minutes, Michelangelo stopped the hammer swings. He blew off the rest of the dust and waited until everything settled.  Then he looked at Pier Soderini waiting for his evaluation of the “new” nose. The statesman once again thoughtfully looked at the nose. He inspected it closely and concluded that it now looked marvelous. He exclaimed that the entire sculpture was finally infused with real life.

So what had really changed the mind of Pier Soderini? Obviously it was not anything external because Michelangelo left the nose exactly the same as before the mini dust storm and seeming whirlwind of hammer swings. What had instead changed was Pier Soderini’s mental view of the world. His need to convey his opinion, based in this case on his own limited understanding of sculpting, and to have that opinion incorporated were satisfied. By subtly satisfying the statesman’s psychological needs, Michelangelo was able convince him that the change was not within him but with the nose. Michelangelo skilfully got his way while leaving the statesman with the impression that he got his way.

This sort of scenario arises constantly in various types of contexts. For example, within the employment realm, company managers who are responsible for hiring new recruits, ask numerous problem-type questions during interviews. They may ask, as an example, about a problem that their company is currently facing and how the job candidate would address the problem. The candidate then proposes a solution to the problem and the interviewer displays apprehension and disagreement with the suggestion.

It is important to realize that in many cases the disagreement arises not because the proposal is inferior (it may often actually be superior) but because it diverges from the one that the interviewer himself had conjured up in his mind. People often are not actually looking for objectively-better solutions but for confirmation of their own deeply ingrained ideas and for a feeling of satisfaction that their opinion was acknowledged and incorporated.

Within the context of disagreements such as these, it is often possible to turn the entire tide of the discussion by simply bringing up, acknowledging, and even complementing the opinion of the other side. This creates a sense of ease within which convincing people of new solutions becomes far easier. Whether you later take into account the opinion or follow Michelangelo’s lead and only make it seem like you took it into account is something you will need to decide yourself.