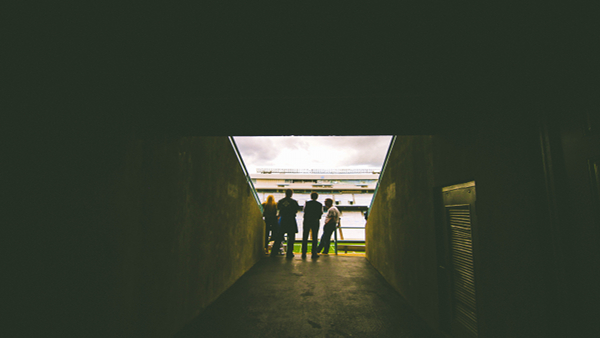 In order to give the teams an incentive to play the other, each team member of both countries was told that every player on the winning team would be paid $1 million. Imagine what the players from these countries would be thinking. Each team would likely not believe the luck that they had stumbled upon.  The Canadians would probably be thinking: we need to play India in hockey and get paid one million for each player if we win?! Conversely, the Indians would think: we need to play Canada in cricket and if we beat them get paid $1 million to each player? From the point of view of each team, this would seem like the deal of the century.

The game was to be played in Vancouver. There was much publicity surrounding the game. It was decided that just prior to the game, the teams would hold a joint press conference in downtown Vancouver at a major Vancouver hotel. The teams arrived by buses to the parking lot of the hotel. They eyed one another curiously from the windows of the buses. Then the players started walking out of each bus single file. The Team Canada players had on their hockey equipment and Team India players their cricket equipment.

What would be the reaction of the players when they saw each other ready to play a sport different than the one that they are experts in? Undoubtedly the hockey and cricket players are both world class athletes but obviously a top notch cricket player could not suddenly hop on the ice and outcompete a top notch Canadian hockey player. By the same token if you hand a Canadian hockey player a cricket bat and tell him to remove his skates and get onto the cricket pitch to start swinging away at cricket balls, he will likely hand back the bat to you and cling on tightly to his beloved skates.

Each of the respective Canadian and Indian players are highly skilled within their particular domains. It is almost certain that in their minds the athletic skills of these players surpass those of nearly everyone else.  However, if you put these players into an element different from the one in which they developed their tremendous expertise, their athletic competence and level of confidence quickly spiral downward.

The reason why such athletes considered themselves better athletes than almost anyone else is because of the way in which they defined superior athleticism. To a hockey player, a superior athlete is usually associated with a superior hockey player; to a cricket player a superior cricket player. In order for these athletes to realize that their athletic superiority is not universal it is necessary to take them out of their chosen sport domain and into another.

Finding a job in Canada and immigration can be similar to playing in a sport that is different than the one you are used to. You may, for example, consider yourself a top notch civil engineer because you are a top notch civil engineer in the Philippines. However, as with the hockey or cricket player judging himself a superior athlete, your frame of reference for judging yourself a superior engineer may not apply in exactly the same way within the Canadian context.

So what are you to do? Is the situation hopeless? In short, no it is not. Although there are differences between the way in which civil engineers in the Philippines and in Canada carry out their work, there are far more similarities. If you are a great civil engineer in the Philippines then, with some effort, you will also become a great civil engineer in Canada. It is, however, important to realize that just because you are great in one context, it doesn’t automatically make you so in others. The key is to ask yourself, how are things done differently within my field in Canada and what can I do to make myself just as good in my profession in Canada as I am in my country?

Occasionally, when applying for jobs in Canada, highly skilled workers from various countries seem to assume, like the Canadian players assuming they were playing the Indian hockey team, that things in Canada will be no different than what they are used to.  Like the hockey player handed a cricket bat, they then get frustrated when things aren’t done exactly in the way that they are used to.  As already mentioned, however, these differences are often trivial and boil down to things like different terminologies. With even a bit of self-education it is possible to overcome these differences and, like many immigrants who already have, thrive in Canada working in your chosen field.