Want a job in Canada? Don’t be the dreaded Blank! 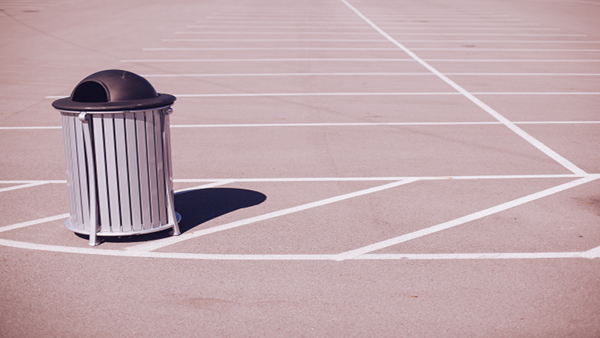 Here in North America there is a very famous book written by Malcolm Gladwell called Blink.  Gladwell, who has become a bit of a celebrity and cultural trendsetter, put forward the idea that spontaneous and immediate decisions are as good, if not better, than carefully thought out decisions.

This idea, which he called ‘thin slicing’, validates the process of making decisions within the first few seconds of a situation whether it is an art dealer sizing up a possible forgery, a police officer evaluating a suspect, or a couple on a first date.  The same can be said for overseas employers when looking at your job application.

Most decisions are made within the first 30 seconds of reading your application.  As a result there is one mistake that you can never make.  We call it the dreaded Blank, and if you make it, your chances of getting an interview could vanish within the blink of an eye.  What is the dreaded Blank?  Simple.  It is when you don’t answer a question on the application.  In other words, leaving the answer to a question blank.  Obviously, some questions are more important than others.  However, you have no idea which questions are important to an employer so why take that chance?

But why is leaving the answer blank so problematic, especially in overseas recruiting?  It has to do with a unique problem faced by employers hiring overseas candidates called the challenge of competency.  In a local hiring situation there are standard ways to make sure you are capable of doing your job.  Employers can check on references and candidates can demonstrate their skills during probationary periods that offer the employer a chance to walk away if the employee is incapable of doing the job.

The situation is quite different in an overseas application.  An employer can check on your references, but there is much less trust that the person on the other end of the line is validation for your competency.  The system of job references is built on the exchange of reputation for certainty.  Your reference loses reputation if you are not who you say you are.

Unfortunately, this exchange does not work so well in overseas recruiting as the international employer knows that they really cannot affect the reputation of someone overseas that has misrepresented information.

Additionally, there is simply a lot more effort involved in interviewing, as well as risk in hiring, an international candidate.  In helping you to immigrate overseas, you and the employer are very much tied together from a logistic and public perception point of view.  If the international employer hires overseas individuals that are not competent, they look bad in front of their directors, employees as well as the local community.  This ultimately makes it exponentially harder to hire another candidate from overseas.

That is the challenge of competency.  The result is that international employers look for proxies, or substitute methods, to filter out candidates that they suspect are not competent, and the dreaded Blank has become a very influential proxy.

Look at the situation from two different perspectives.  In general, not answering a question is a quick way for an overseas employer to assess your general competency.  If you can’t answer a simple question then you cannot follow directions.  More specifically, certain questions provide you with an opportunity to provide inside information about your job that only someone who actually does the job would know.

For example, at Uniivaa we try to make it easy for candidates to demonstrate competency by asking them the question, what is a problem that you recently had to solve at work and how did you solve it?  So, here is a real story.  The other day there were two very young engineering students using inappropriate language in the lobby of a local and very expensive five star hotel.

Instead of asking them to lower their voices, I decided to see engage them in conversation.  In fact, one of the engineering students claimed to be doing some incredible things in the Potash refinery in Saskatchewan, and I wanted to see if he actually was who he said he was.  So I asked him our question about a recent problem at work.

His answer was that he was an intern student engineer at the refinery but that the other engineers had all been recently hired away.  Since it is very difficult to quickly find engineers to work in Saskatchewan, the company was giving him responsibility that he really was not ready for and he was stressed out.  He was about to quit, but the company offered to send him on this trip to Toronto, which is the only reason he could afford to stay at such an expensive hotel.

That answer made me believe he actually was an engineer working in a Potash refinery in Saskatchewan.   Imagine if his answer to my question was the dreaded Blank.  Now think about what happens when your answer is the dreaded Blank.

If you want a job overseas, don’t be the dreaded Blank.