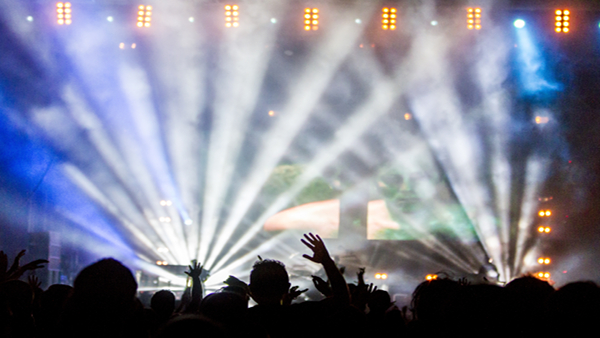 In the year 2000 the singer, songwriter, record producer, actor, and rapper, Andre Lauren Benjamin, better known as Andre 3000, wrote a song, Hey Ya, for his band, OutKast. The song was recorded in December 2002 at Stankonia Studios in Atlanta, Georgia. The song incorporated elements from many different music genres such as funk and rock.

The song was very unique. It sounded like almost nothing else that was considered mainstream at the time. Many influential people within the music industry were enamoured with the song. They believed that it was destined to become a mega hit. Experts in artificial intelligence from Spain, who had created a model to assess the likelihood that a particular song would succeed and who had successfully used the model to predict several huge hits, applied the model to the song. The model suggested that Hey Ya would be an absolute mammoth commercial success.

A lot time and resources were invested into producing and promoting the song. OutKast’s music label and everyone involved in the production of the song were bracing themselves for what they wholeheartedly believed was going to be the song of the century. The song was released and played on several radio stations in the United States.

What was the initial reaction among listeners towards the song? Well, to say it politely, the reception was less than warm. Many people said they hated the song. A large proportion of listeners were switching stations the moment that Hey Ya came onto the radio. What was going on?

There was so much invested in the song and expectations were so high that those involved could not allow for Hey Ya to become a flop. The producers decided to dig their heels in and try something else. They reasoned that people said they hated the song because it was so different from anything out there. So they directed radio stations to only play the song when it was preceded and followed by very familiar hits. In other words, radio stations were told to play Hey Ya only after listeners heard familiar hits from artists such as Christina Aguilera and Celine Dion and they were also told to play such familiar songs right after Hey Ya was played.

This strategy worked. The song slowly became more popular. Radio stations played the song more frequently. The song climbed the charts until it was in the top five songs on numerous charts throughout the world. It eventually also won several awards. So, despite the early barriers, the effort paid off.

There are several interesting things about Hey Ya’s path to eventual success. One is that people crave familiarity. They are often thrown off by things that are different from what they are used to. This is something that should be kept in mind by international job candidates wishing to get a job in Canada.

In a sense Canadian employers may be thought of as the early listeners of Hey Ya. The employers, like everyone else, need some sense of familiarity when they are assessing an international candidate. We encounter many candidates whose background and abilities may make them the next mega stars within their professions, but they have a hard time convincing Canadian employers of this. Why? For the same reason that Hey Ya faced a losing battle initially: employers have never heard of the companies that the candidates worked for, the software programs that they used, the schools that they went to, and sometimes even the countries that they come from, among many other things.

This potential setback, however, is luckily something that is within your control to change. Do the research on your profession in Canada. Find out how things work in Canada for people employed in the positions that you are seeking to apply to. Become familiar with the most frequently used terminology within your professional domain. Then incorporate that knowledge and terminology in your job application so that when employers look at it they feel a sense of ease because you are speaking their language.

This is not to say that you should not emphasize your uniqueness. After all, Hey Ya in the end was very different. This is great news because it proves that despite being different you can still succeed in a huge way. However, as was done with Hey Ya, if you include highly unique elements in your application then make sure to surround those elements with things that your employer audience is familiar with. By giving them this sense of initial comfort you can subtly pave your way to an excellent job in Canada.