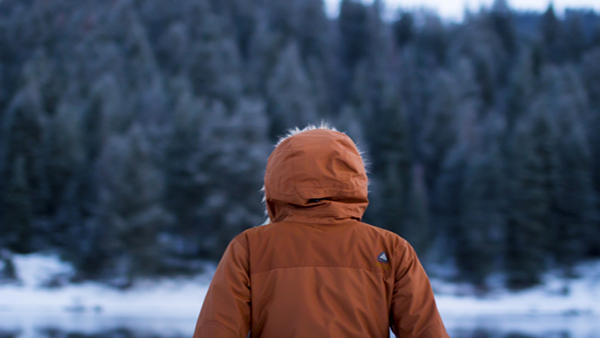 Canada has for a long time enjoyed a reputation for being one of the best countries in the world to live and work.  Yet, every once in a while we come across an article describing the reasons why you should NOT immigrate to Canada.  We look at a couple of these warnings from a light-hearted point of view and describe why your vision must be grounded in reality when immigrating to Canada.

Articles telling you not to come to Canada are usually written by individuals with a true desire to protect people trying to immigrate overseas.  Of course, some of the warnings mentioned in these articles are quite funny.  However, most of them are grounded in real experiences or perceptions of people who feel that immigrating to Canada is not what they thought it would be.

But lets start off with some facts.  There is no doubt that a lot of people immigrate to and find work in Canada.  For example, in 2013 there were 104,160 temporary foreign workers holding permits to work in Canada.  That is quite a large number.  Is it challenging to immigrate to Canada and find success?  Of course the answer is yes.  If not, probably half the world’s population would at some point in time try their luck at making it in Canada. But the point is that it is not impossible and that a very large number of people start new careers and lives in Canada each year.

Certainly, any critique of Canada will always begin and end with the weather.  The frozen land of Eskimos and Polar bears is not fit for human habitation!  We could write on endlessly about how it is much easier to live in -20 degrees Celsius versus +30 degrees Celsius, but why start such a silly argument.  Everyone knows that the real issue with Canadian weather is not the cold but rather the snow.  Cold is very easy to deal with, you simply go inside.  In Edmonton you can hide in North America’s largest shopping mall, the West Edmonton Mall.  If you live in Toronto the entire downtown core contains 29 kilometers of networked pedestrian tunnels that according to Guinness World Records is the largest underground shopping complex in the world.

Snow, on the other had, is bad news.  Driving in it, walking in it and shoveling it out of your driveway is never fun unless you are a ten year old child!  The best solution is to move to Vancouver where they rarely get any snow.  But, if you end up living in Ontario, Saskatchewan or Alberta then you simply do what the rest of us do.  Become a Snowbird.  Plan your vacation or your trip back home around the couple of months when it snows here in Canada and your problems are solved!  Sarcasm aside, really the weather in Canada is not that bad.  The facts are that the average temperature in the largest city of Toronto ranges from a low of -7°C in January to a high of +27°C in July.

Also popular amongst the list of warnings is the infamous Doctor driving Taxi story.  We know that you have all heard this one before.  ‘Canada has more doctor cab drivers than anywhere in the world’, and ‘my friend was a surgeon and is now driving a taxi’.  There are many other versions of this story including doctors now working at Tim Hortons or Walmart, but the general point is that the Canadian system conspires against immigrants to hold them back or keep them down.   Again, a reality check is probably in order.  In 2012 the government of Canada conducted a survey of 50,101 cab drivers and found that approximately 255 taxi drivers were doctors or had PhD’s in their homelands before coming to Canada.

Two things jump out at you when you think about this study.  First, the fact that the government of Canada even thought about doing this study says a lot about the inclusiveness of Canada as a country.  Second, the actual number of taxi driving doctors or PhD’s is .005% or about a half of one percent!  That’s even counting PhD’s as real doctors even though they are not trained to save your life.  Putting this into perspective, the odds of you finding a taxicab-driving doctor in Canada are very low and the notion of becoming a taxi driver if you were a doctor back home is certainly more fiction than fact.

It is important to note that getting your credentials certified is not an easy process. However, there are certain explainable reasons why many people fail to do so.  We have previously written about how the research shows that the manner in which you apply for accreditation can make a big difference in whether your credentials are accepted or not.  (For example, see our article on Credentials assessment).

As far as warnings go, there are many reasons why people suggest that you should not come to Canada, from the weather to the system to taxi driving doctors.  The reality is that most of these warnings are either overblown or easily overcome.

However, we do acknowledge that one thing has become quite clear with respect to immigrating to Canada.  You really do need to find a job before you apply to come to Canada.  Whether it is because of the bias of the new Express Entry System (see our article on the Express Entry system), or because of a general change in political attitude that employers should be the gatekeepers of immigration as opposed to governments, coming to Canada without a job has become a very risky proposition and may be the only real barrier you should be thinking about when immigrating to Canada.