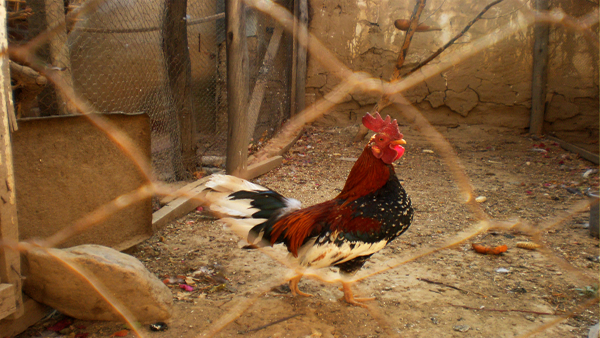 Bertrand Russell was a British philosopher, mathematician, logician, political activist, and social commentator among other things. He illustrated the problem of unexpected events by using the story of a turkey.

A turkey in captivity was being fed by his human owner every morning at 9:00 am. The turkey enjoyed his morning meals but being a natural sceptic and diligent inductivist, the turkey did not want to succumb to any illusions about the future likelihood that his breakfasts would continue and that his human owner was actually a friend who cared about the turkey’s well-being.

The morning meals continued for several more months. The number of feedings enjoyed by the turkey that were generously provided by the turkey’s human friend was starting to number into the hundreds. The sample size, therefore, that the turkey was relying on to test his hypothesis about the human’s intentions and the likelihood of future feedings, was becoming very large. A Large sample size, the turkey reasoned, of course, increases the reliability of the hypothesis. As a result, the turkey was becoming more and more comfortable in his belief that the human was his friend and that the feedings would continue.

Then, after almost one year of daily feedings, the human came to the turkey on the morning of December 24 and the turkey, eagerly awaiting his morning feeding, was unpleasantly surprised that his human friend did not intend to feed him that morning. The human friend came to the turkey that morning not to give him a meal but rather in order to make a Christmas meal out of him! So, after hundreds of days of solidifying his beliefs, at the moment when his beliefs were as strong as ever, the turkey was proven completely wrong.

One of the problems that this story was intended to illustrate was that inductive reasoning will not necessarily be foolproof. There will necessarily be information relevant to the theory that you are formulating which will remain outside of your realm of observation. Beware, in other words, of the unobserved. In the case of the turkey, the human’s Christmas dinner plans were left outside of the turkey’s field of vision.

Within the immigration context, people wanting to immigrate to Canada might sometimes feel like the turkey. Would-be immigrants rely on immigration rules and prepare themselves to apply under the rules currently in place but then those rules change suddenly. The skilled worker program, for example, was very different in 2014 than it is in 2015. The unobserved elements, therefore, from the perspective of potential Canadian immigrants are the ever-changing plans on new immigration rules.

What can would-be immigrants do in order to not have their heads chopped off the day before Christmas? Is it better to assume that the situation is out of your control and that you can only hope for the best? Luckily the situation isn’t futile.

Even though rules do change there are certain deeper realities about immigration to Canada. Canada is a large country with a tiny population relative to its size. For many decades Canada has brought in immigrants to fuel population growth and to provide much-needed labour to build Canada’s economy. Larger trends such as these will almost certainly continue. Consequently, Canada’s need for immigration will also almost certainly continue.

The ever-changing immigration rules, while sometimes a seeming impediment, can always be adapted to as well. It’s necessary to be as flexible as possible. One other deeper trend worth mentioning here is that immigration is becoming more employer-driven which means that job offers are becoming essential. Having a job offer in hand will be a key to getting immigration status regardless of rule changes in the future.  Job offers also open up other options such as working temporarily on a work permit and then transitioning into permanent residence status. The point then is to retain flexibility and to focus on getting a job which will serve as a strong shield against unexpected rule changes.