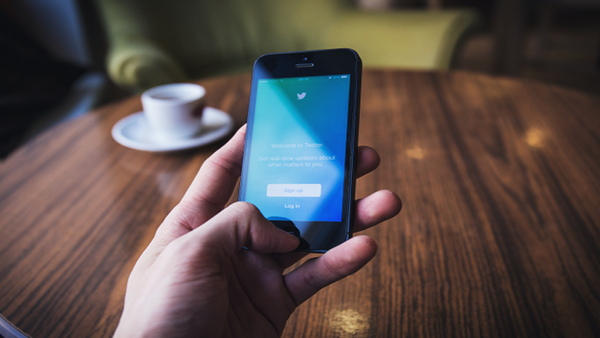 During the 1960s and early 1970s (as well as after) the United States was deeply embroiled in the Cold War. Relations between the United States and China were almost non-existent. It is at this time that the US and Chinese ping pong teams entered into the picture.

In 1971, the US ping pong team was competing in the World Table Tennis Championships in Nagoya, Japan. While there the US team received an invitation to visit China. They accepted the invitation and on April 10, 1971, the team and accompanying journalists became the first American delegation to set foot in the Chinese capital since 1949.

According to History of U.S. Table Tennis by American table tennis players and Tim Boggan, who went to China along with the U.S. Table Tennis Team, three incidents may have triggered the invitation from China. Welshman H. Roy Evans, then President of the International Table Tennis Federation, claimed that he visited China prior to the 31st World Table Tennis Championship and suggested non-Chinese sports authorities and Premier Zhou Enlai that China should take steps to get in contact with the world through international sport events after the Cultural Revolution. Further, the American player Leah "Miss Ping" Neuberger, the 1956 World Mixed Doubles Champion and nine-time U.S. Open Women's Singles Champion, was traveling at the time with the Canadian Table Tennis Team that had been invited by China to visit the country. China diplomatically extended its approval of Leah Neuberger's application for a visa to the entire American team. The third incident, perhaps the most likely trigger, was the unexpected but dramatic meeting between the flamboyant American player Glenn Cowan and the Chinese player Zhuang Zedong, a three-time world champion and winner of many other table tennis events

During an interview in 2002 with the famous TV personality Chen Luyu, Zhuang Zedong told the story of the meeting: "I grew up with the slogan 'Down with the American imperialism!' And during the Cultural Revolution, the string of class struggle was tightened unprecedentedly, and I was asking myself, 'Is it okay to have anything to do with your No. 1 enemy?'" Zhuang recalled remembering that Chairman Mao Zedong met Edgar Snow on the Rostrum of Tiananmen on the National Day in 1970 and said to Snow that China should now place its hope on American people. Priot to the meeting, Zhuang looked in his bag and first went through some pins, badges with Mao's head, silk handkerchiefs, and fans. But he felt these were not decent enough to be a good gift. He finally picked the said silk portrait of Huangshan Mountains. On the following day, many Japanese newspapers carried photographs of Zhuang Zedong and Glenn Cowan.

When the Chinese Department of Foreign Affairs received a report that the U.S. Table Tennis Team hoped to get invited to visit China, the Department declined as usual. Zhou Enlai and Mao Zedong initially agreed with the decision, but when Mao Zedong saw the news in Dacankao, a newspaper accessible only to high-ranking government officials, he decided to invite the U.S. Table Tennis Team. It was reported that Mao Zedong said, "This Zhuang Zedong not only plays table tennis well, but is good at foreign affairs, and he has a mind for politics." On April 10, 1971, nine American players, four officials, and two spouses stepped across a bridge from Hong Kong to the Chinese mainland and then spent their time during April 11–17 playing fun matches, touring the Great Wall and Summer Palace, and watching a ballet.

How can the distance be bridged? To bridge the distance it is necessary to change the dynamic of the perceived interaction by infusing some common ground into the picture. The nature of the relationship between the Chinese and Americans was one of antagonism and a complete lack of trust. These negative characteristics weighed heavily in the background during interactions between the two countries. However, the introduction of a common ground, ping pong, served to substantially alter the entire nature of the relationship from antagonism to companionship.

Similarly, within the international worker and Canadian company context, it is highly useful to bring into the picture a common ground in order to alter the dynamic of the relationship. What are the types of things that can be introduced? One that is very useful is common country of origin. It is advantageous to target people within companies that you are applying to who are from the same country as you are from. Common ethnicity serves to almost instantly bridge distances.

When you use common ground to alter the dynamic upfront then it quickly becomes apparent that despite apparent differences between you and the people in the Canadian company, there are far more similarities. One comment by a US player illustrates this point amazingly. Upon his return to the United States, one of the American players told reporters that the Chinese were very similar to people in the U.S. He said:

"The people are just like us. They are real, they're genuine, they got feeling. I made friends, I made genuine friends, you see. The country is similar to America, but still very different. It's beautiful. They got the Great Wall, they got plains over there. They got an ancient palace, the parks, there's streams, and they got ghosts that haunt; there's all kinds of, you know, animals. The country changes from the south to the north. The people, they have a, a unity……"